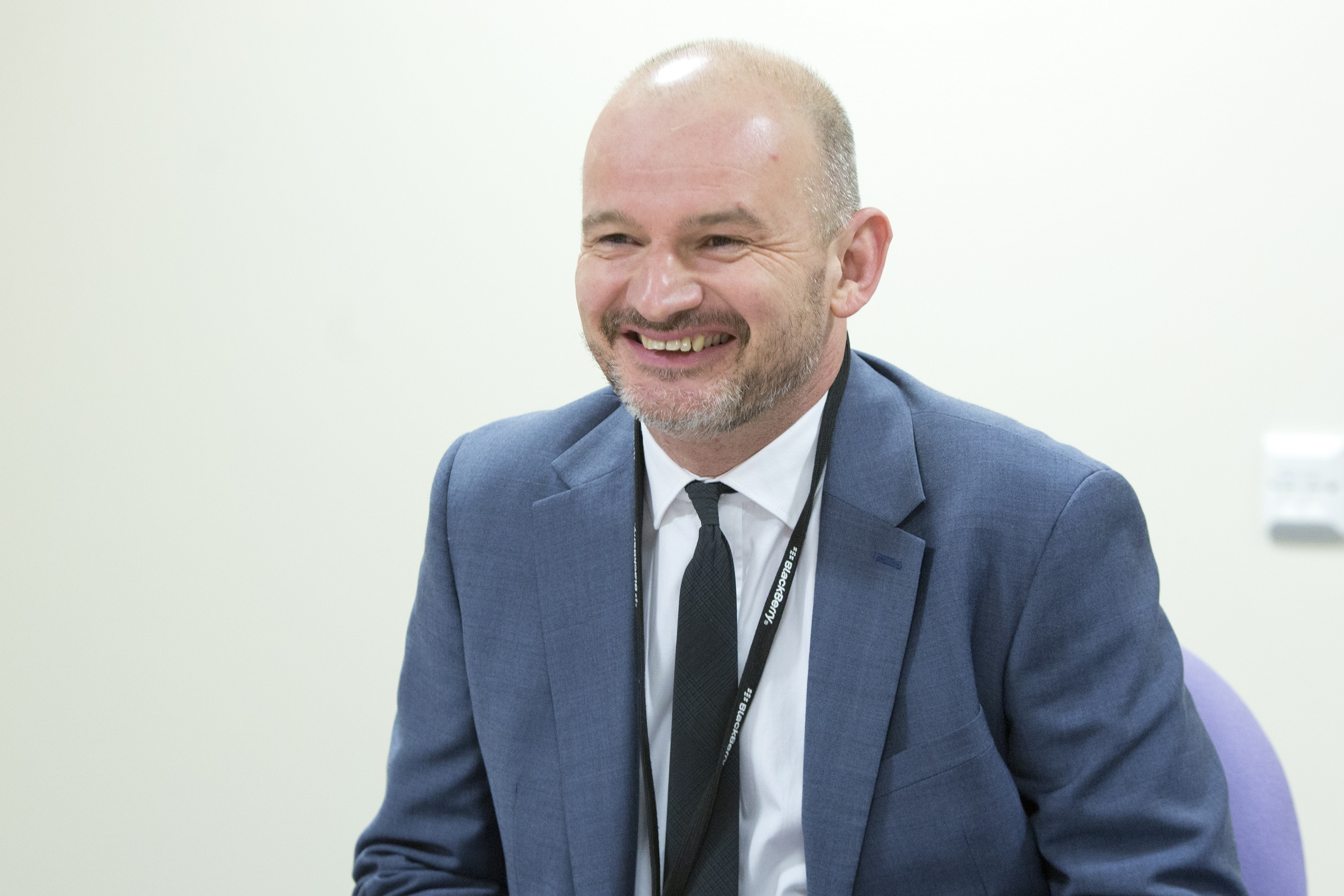 One of the north east’s largest housing associations is launching a single phone number for all enquiries.

From Tuesday, 11 September all callers to County Durham Housing Group and its landlords will be able to get in touch by phoning 0300 1311 999.

The group, which includes Dale & Valley Homes, Durham City Homes and East Durham Homes, is advising people to come through their new direct line whether it’s a query about rent, repairs or anything else to do with their home.

Existing numbers for each of the individual landlords will continue to divert to contact centres for six months while customers get used to the change.

County Durham Housing Group Head of Housing Operations, Simon Bartlett, said: “Bringing all three landlords into one group has allowed us to make a huge variety of efficiencies and offer a consistent service to all of our customers. Moving to a single phone number is the latest opportunity to make it easier for all of our residents, whether they live in Wheatley Hill or Wearhead.

“From now on there’ll be just one easy to remember phone number no matter what your query. Directing all enquiries through one phone number will help us manage calls more efficiently, and answer phones more quickly, for all of our customers.”

Calls to the new 0300 1311 999 telephone number will be charged at the same rate as standard landline calls. 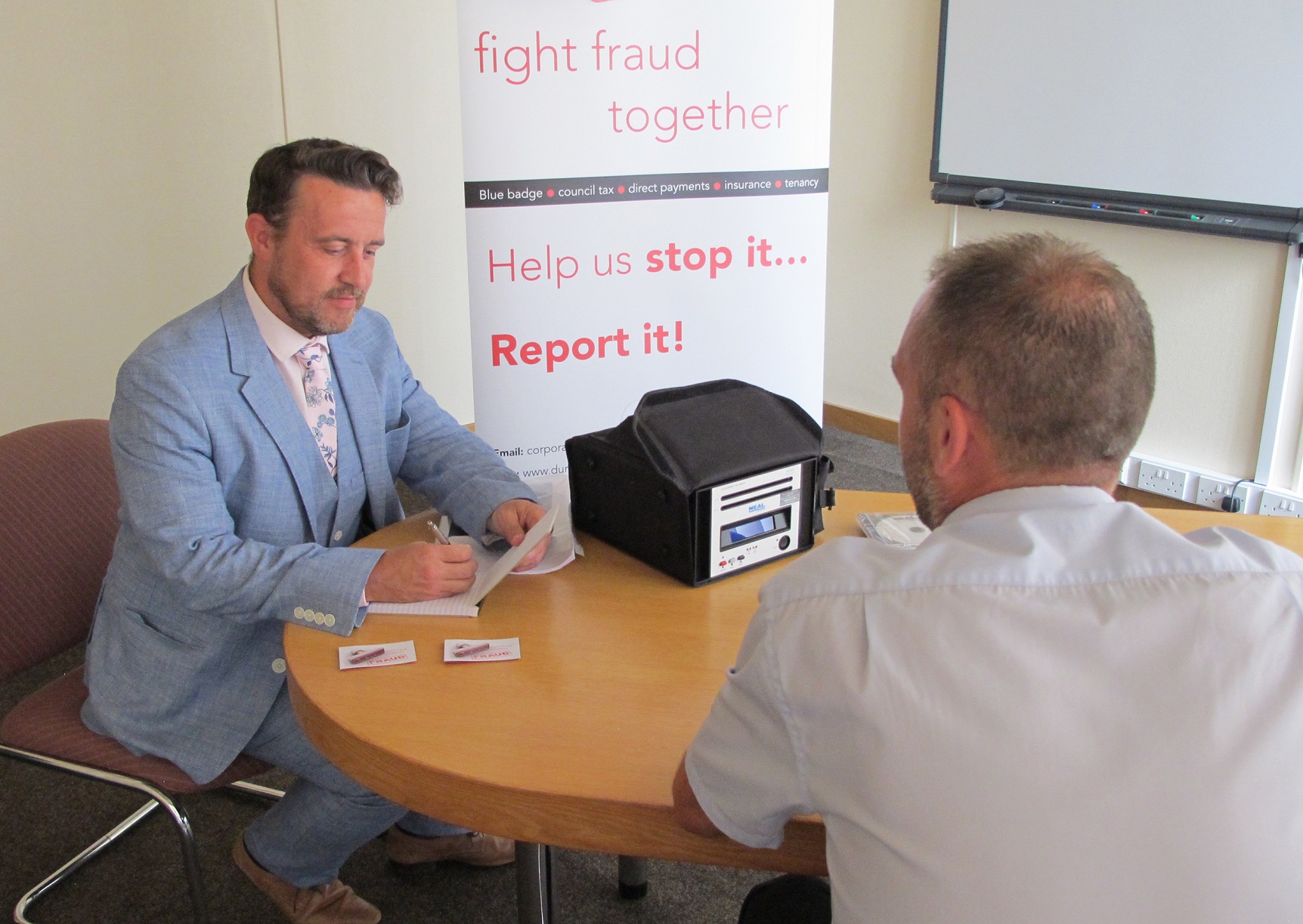 Residents in County Durham are being urged to join their council’s fight against fraud with the launch of a new campaign.

Each year, it is estimated that hundreds of thousands of pounds are taken unlawfully from Durham County Council through fraud. This includes council tax and tenancy fraud, as well as false claims for direct payments for social care and support, insurance and blue badges for disabled parking.

Now the council is encouraging anyone who knows of someone committing such fraud, to report it.

“Fighting this crime helps us not only protect these services but ensure taxpayers' hard-earned money is not wasted. But we can’t do this alone, so we are asking anyone who is aware of it or has concerns to let us know.

“We investigate all reports we receive and will not hesitate to prosecute offenders to ensure we protect the public purse.”

Over the last three years the council has recovered or intercepted more than £3million pounds from fraudulent activity.

As well as investigating reports from the public, the council carries out regional and national data matching, as well as working closely with neighbouring local authorities, police and law enforcement agencies.

Help, advice and support is readily for anyone who believes that they may have been the victim of a loan shark

The England Illegal Money Lending Team (IMLT) have released an impactful new video, which aims to bring awareness to the issue of how parents are affected by loan sharks. The short dramatic video, shows the devastating effect of illegal money lending, and is part of a larger campaign to raise awareness of the rights of victims, and the help available to them.

The England Illegal Money Lending Team (IMLT) is the government body behind Stop Loan Sharks. The team was set up in 2004 to investigate and prosecute illegal money lenders while protecting those who have borrowed money from a loan shark.

Research from 2017 Witness Statistics Report shows that 50% of victims supported by the IMLT were parents with an average of two children per family, and worryingly, 43% of victims went without food, fuel or missed rent or mortgage payments in order to repay the loan shark.

The impact of illegal money lending is immense, with 32% of victims asked said that they had considered committing suicide and 25% of those with suicidal thoughts said it was due to their involvement with a loan shark.

Tony Quigley, head of service for the Illegal Money Lending Team added; “There are many misconceptions surrounding illegal money lending, in particular the ‘sort’ of people targeted and exploited by loan sharks. We hope this new video will help to dispel some of those myths and encourage anyone affected by illegal money lending to get in touch, so we can help.

“We have secured more than 380 prosecutions for illegal money lending and related activity, leading to nearly 329 years’ worth of custodial sentences. We have written off £73.7 million worth of illegal debt and helped over 28,000 people.

“The message is clear; you are not in trouble if you have borrowed cash or have been paying back a loan from an illegal money lender, the loan shark is. They are the people committing a crime, not you.” 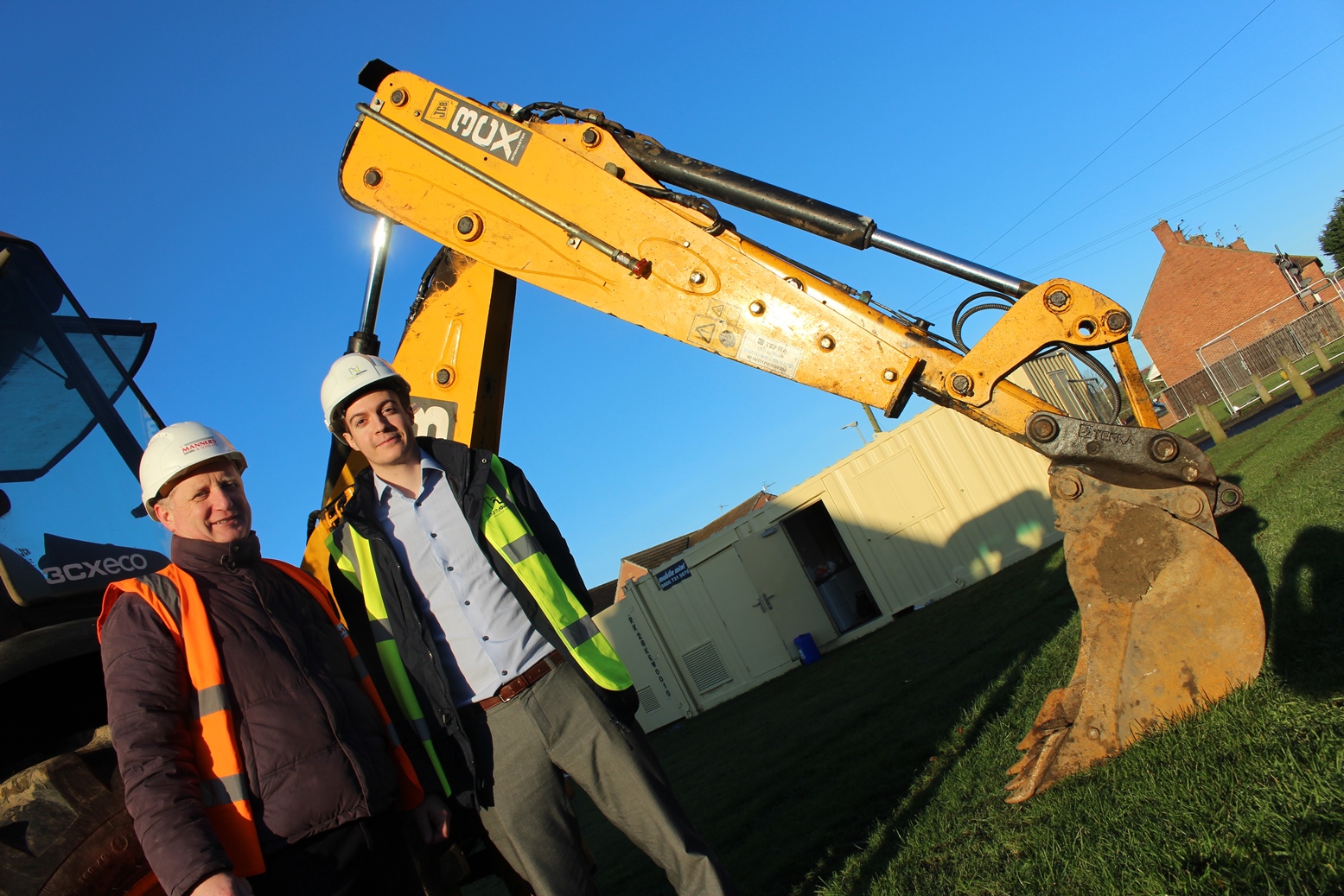 Construction of four new bungalows specifically designed to be adaptable for wheelchair users has begun in the heart of St Helens Auckland.

The two-bedroom bungalows are being built for County Durham Housing Group on a vacant site in Davis Avenue and are due for completion by summer 2018. All four homes will be available for affordable rent.

Featuring the latest standards in heating and insulation, the bungalows will provide substantial savings for tenants; particularly when compared to older, private rented properties.

The new homes are part of a £30m project bringing additional affordable homes to County Durham. A total of 300 new homes will be created on 17 sites for County Durham Housing Group by 2020. The investment is also creating hundreds of jobs and apprenticeships, supporting the local economy.

County Durham Housing Group Development Manager, Tom Winter, said: "This may seem like a small development, but these new homes are allowing us to meet a very specific demand for accessible and affordable homes in the St Helens area.

"The bungalows are part of our ongoing plans to build the right homes in the right places to support communities and improve lives."

Construction work on the new homes in Davis Avenue is being carried out by long-established Bishop Auckland based firm T Manners & Sons. Wayne Harris, Contracts Manager at T Manners, said, “I started as an apprentice joiner with T Manners in the 1980’s and worked on many similar projects building affordable homes for local people. It’s great to be involved again in such a worthwhile development. I hope we can continue to work with County Durham Housing Group, providing more affordable homes in the area.” 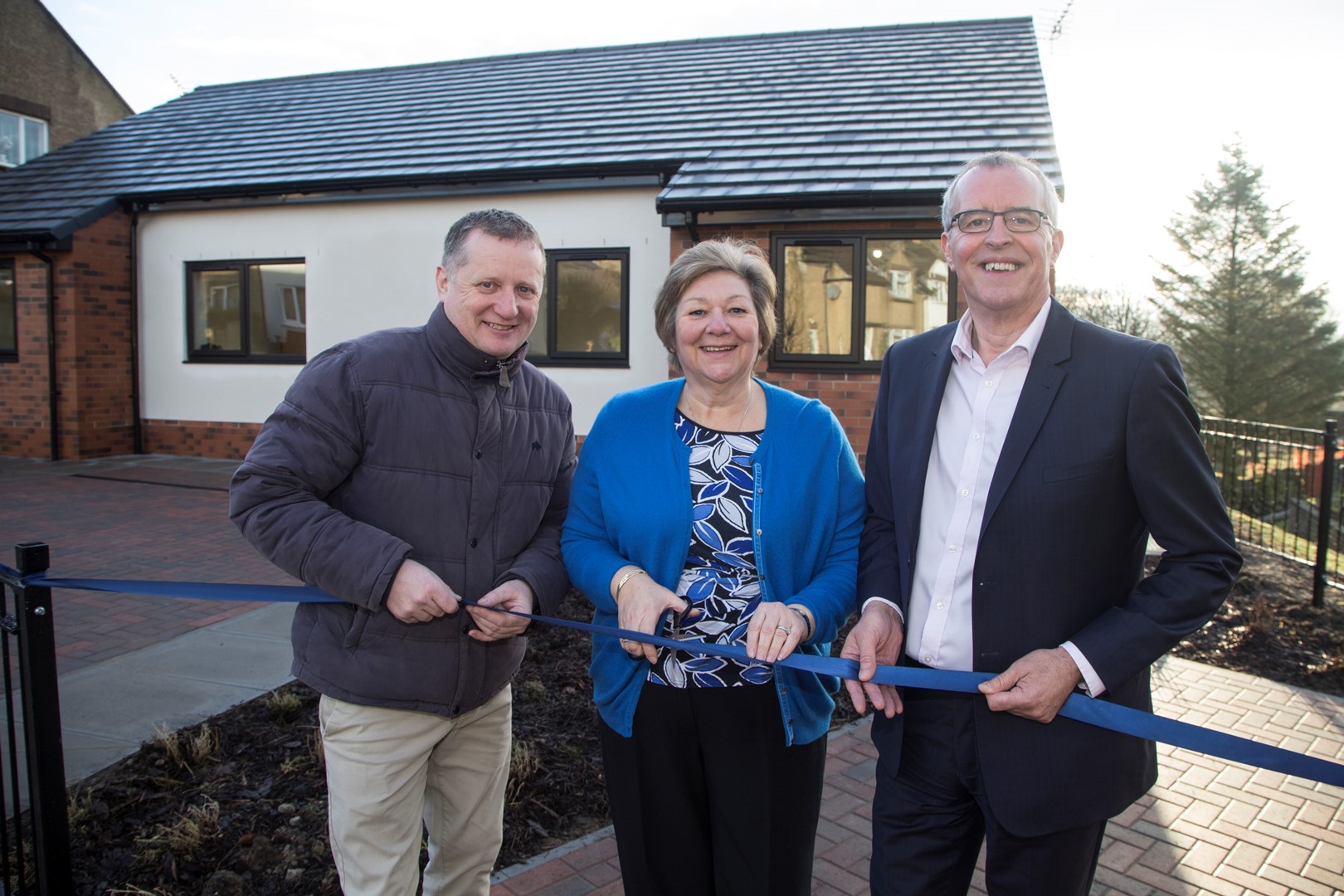 The first new social housing in the remote village of Rookhope for over 50 years has been completed, as part of a £30m project bringing affordable homes to County Durham.

A pair of two-bed bungalows in the heart of Rookhope have been officially handed over to County Durham Housing Group. The new homes are the first new social housing of any kind in the upper-Weardale community, which has a population of fewer than 300 people, since the post-war era.

The bungalows, on Boltsburn Crescent, are also the first of 300 new purpose-built affordable homes being constructed on 17 sites between now and 2020 by County Durham Housing Group.

County Durham Housing Group Chief Executive, Bill Fullen, said: “We hear lots of talk about the housing crisis in big cities, but affordable housing is just as much of an issue in a small rural village like Rookhope.

“These bungalows might seem like a drop in the ocean to some. But to the families who will be able to live in this village, they will mean everything.

“I can’t imagine the circumstances where a private investor would be able to deliver a project like this, which the community wanted and knew that there was demand for. But, this is exactly the type of project where County Durham Housing Group can come into its own.”

The bungalows feature high levels of insulation, the latest heating systems powered by solar panels, and double glazing. They are expected to bring big savings to tenants when compared with older homes in the village.  Demand for modern bungalows in Rookhope is high as most properties date back to the area’s lead and ironstone mining heyday, well over 100 years ago.

County Durham Housing Group is one of the region’s largest providers of affordable housing. Alongside the new properties in Rookhope, the group’s £30m new-build programme is creating new homes in communities like Pity Me, Bowburn, Crook and Seaham. As well as traditional affordable rent, construction is delivering ‘Rent to Buy’ homes, which will help hard-working families take their first step on to the property ladder.

The programme is also expected to create around 100 new jobs and apprenticeships. Construction at Rookhope was undertaken by Bishop Auckland based contractor T. Manners & Sons, further supporting the Weardale economy.

Simon Manners, Joint MD at T Manners & Sons Ltd and the fifth generation of his family to run the 157 year-old business commented: “It has been a real pleasure to work with County Durham Housing Group and deliver affordable homes in Rookhope. Our craftspeople are all locals to the county and so it feels special to be involved in this much needed project. We are pleased to be continuing our relationship with the group, building more bungalows at West Auckland and hope to do more in the future.”

Rookhope, which sits high in Weardale above Stanhope, was a busy centre for the buoyant lead and ironstone mining industries until the early 20th century. Once known as Boltsburn, the village expanded greatly to serve the industry; criss-crossed by railways and dominated by chimneys. Nowadays the peaceful village is perhaps best known for its position at the foot of the fearsome Bolts Law incline on the popular Coast to Coast cycle route from Cumbria to the north east.

An error has occured

An error occured while processing your request, please try again.